Know What We Do

Optimum Consulting is a management consulting firm that helps clients better balance the demands of your business so you can focus on what matters the most. By offering a broad range of solutions from emergency planning and response to facility management, Optimum is geared to assisting our clients in the best way to protect their business.

Optimum professionals are based out of Coconut Creek, Florida but service clients globally. 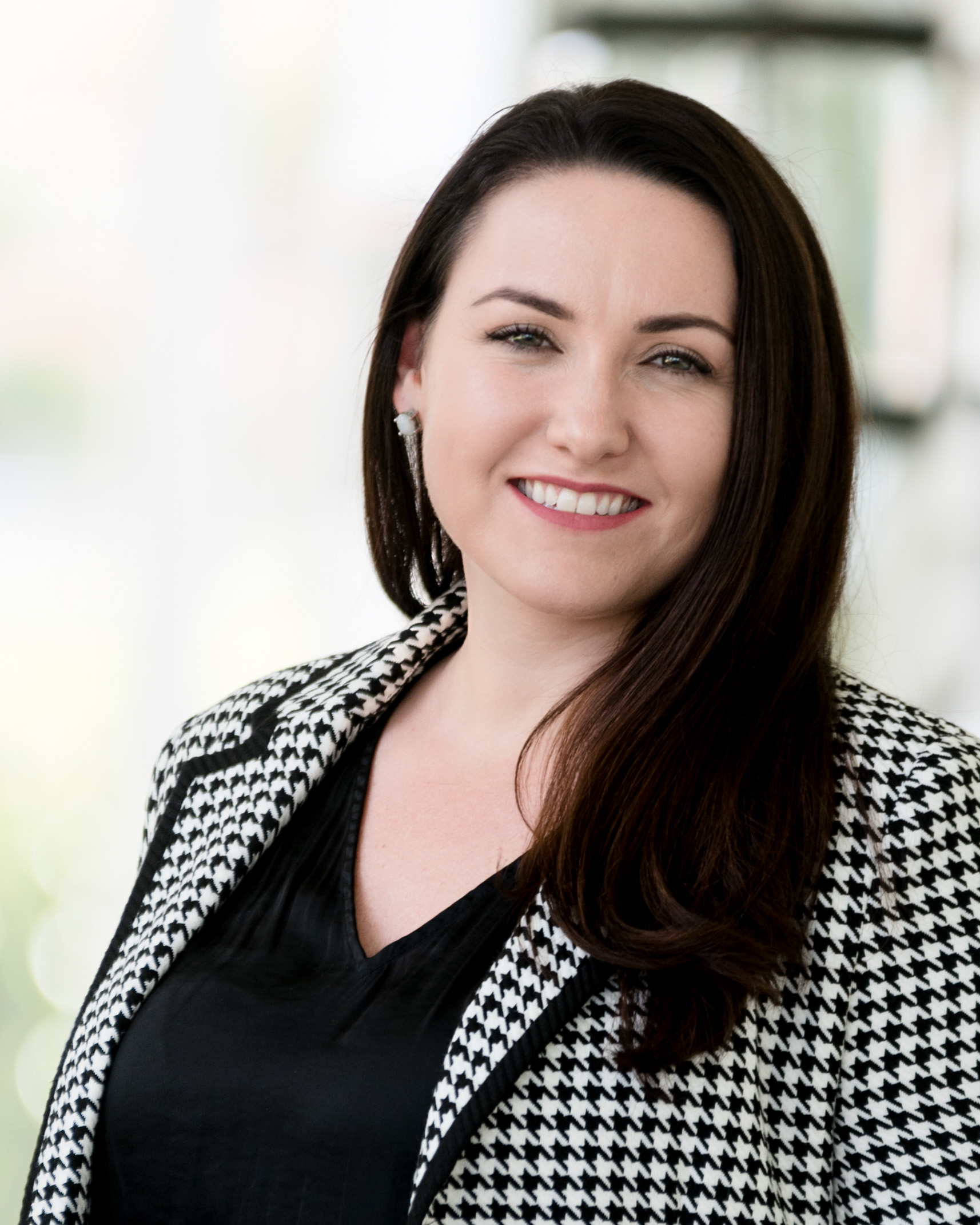 Know Who We Are

In addition to her accomplishments, Lauren is the co-developer of Gatherlater.com; a site dedicated to helping local small business owners. She has served in the United States Coast Guard as a military officer

for 15 years. Lauren is currently stationed in Cape Cod, Massachusetts as a Senior Command Executive. She has a Bachelor’s Degree is Criminal Justice and is pursuing a Executive Master’s Degree in Public Administration at Florida International University (FIU). She currently serves on two non-profit boards and was appointed in 2019 as the first female Chair of the Public Safety Advisory Board for the City of Coconut Creek. She is also a member of the International Association of Emergency Managers (IAEM), International Facility Management Association (IFMA) & Society of Human Resource Management (SHRM). 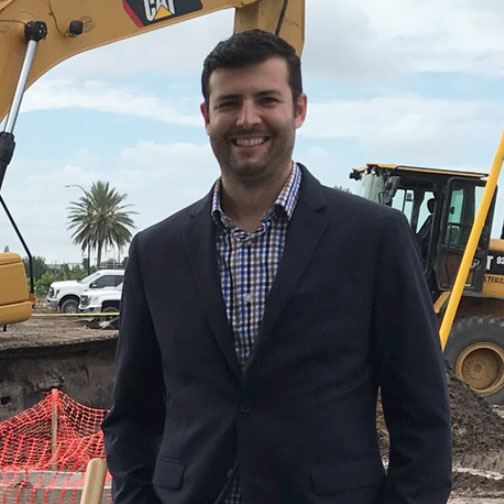 Ian Peshel is an Executive Consultant and the Co-Founder of Optimum. Ian’s career has focused heavily on Facility & Energy Management solutions and as well as Facility design. He has over 11 years of experience in the field and holds a Bachelor’s Degree in Mechanical Engineering from Youngstown State University and a Master’s Degree in Engineering Management from Ohio University. In the last 5 years, he has participated in 4 new construction projects, as well as over 10 major interior renovations and over 20 critical building system upgrade projects. He spent the first half of his career with Johnson Controls focusing on energy efficiency upgrades and retrofits to HVAC systems, lighting, automated building controls, as well as renewable energy such as Solar and Wind power.

His keystone project included a 15-year contract with the U.S. Army for over $100 million saved in energy and operational expenses. Currently, he manages a portfolio of nearly 3 million square feet of facilities including warehouse/industrial, commercial offices, and retail. He has a deep knowledge and understanding of all systems in a building and is familiar with the Florida Building Code.

Ian’s knowledge in facility management is critical in planning for and responding to natural disasters. Proper baseline assessments is key to maximum return on investment and potential FEMA reimbursements. He is a Certified Energy Engineer by the Association of Energy Engineers as well as a Certified LEED Green Associate by the U.S. Green Building Council.

Know Who We Work With

Kenneth "Ken" Jones is an Executive Trainer with Optimum. Ken retired in 2014 after serving 26 years in the United States Coast Guard. His primary responsibilities included planning for mass rescue operations, hurricane planning and preparedness and all-hazard exercise development. Ken is an expert in Area Contingency Plan management, Continuity of Operations Planning (COOP), Incident Management Team & ICS coordination. He is a Certified Emergency Manager (CEM) through the International Association of Emergency Managers, holds the Master Exercise Practitioner (MEP) and the Professional Continuity Practitioner designations from FEMA. He is also a Type II Incident Commander.

Ken served for six years on the Coast Guard National Level Incident Management Team where he received multiple Type 1, 2 and 3 qualifications with response experience in oil spills, earthquake and humanitarian assistance, hurricanes and tsunami’s, down aircrafts and National Special Security Events (2012 Republican National Convention and the 2011 Asian Pacific Economic Conference). He has served as an EMT, a volunteer fire fighter, served as a Federal on Scene Coordinators Representative (FOSCR), and certified in the maritime law enforcement field as a boarding officer conducting migrant operations and drug interdiction. Ken holds a Bachelor’s Degree in Organizational Leadership, a Master’s Degree in Homeland Security and Terrorism and a second Master’s Degree in Emergency and Disaster Management.  He is a professor with Bethel University where he instructs multiple online undergraduate courses in Disaster and Emergency Management & Homeland Security and Terrorism.

Glenn has served over 30 years in the Fire Response Industry. He spent 29 year as a firefighter with the City of Boca Raton fire Rescue and retired as the Fire Chief for the City of Boynton Beach. Glenn’s education is extensive as a Florida certified Paramedic, Florida State Fire Marshal, and Florida State Certified Registered Nurse. He has an Associate degree in Science in General Business, a Bachelor’s degree in Science in Business Management, Bachelor’s degree in Nursing and Master’s of Science in Emergency Planning and Administration.

Glenn has served over 30 years in the Fire Response Industry. He spent 29 year as a firefighter with the City of Boca Raton fire Rescue and retired as the Fire Chief for the City of Boynton Beach. Since 1994, he served as an adjunct instructor at the National Emergency Training Center (NETC) in Emmitsburg Maryland specializing in Chemistry for Emergency Response, Advanced Life Support for Hazardous Materials Incidents, Hazardous Materials Operating Site Practices, Hazardous Materials Incident Management system. Glenn also served as a member of several course development and design teams for NETC. As Fire Chief, he coordinated and managed all emergency and administrative functions within the Fire Division within the Public Safety Department, including emergency response, disaster preparedness, fire prevention, and code enforcement. Glenn’s specialty is evaluating fire prevention and writing control policies. He consulted with public officials and community groups related to public relations campaigns for applying necessary changes in laws and policies to encourage fire prevention. Glenn oversaw all training and supervised firefighters while maintaining sufficient knowledge of trends in the field of fire science and emergency medical services.

Steve has worked in Emergency & Disaster Management for over 20 years all through the United States. He was the Emergency Manager / Incident Commander for Flagler County Florida during Hurricanes Matthew and Irma, which caused over 128 million dollars in damage to the County. Working with FEMA, States, Counties and Private Non-Profits, Steve has assisted in Disaster Management throughout the Country.

Steve has worked in Emergency & Disaster Management for over 20 years all through the United States.  He was the Emergency Manager / Incident Commander for Flagler County Florida during Hurricanes Matthew and Irma, which caused over 128 million dollars in damage to the County.  He was responsible for annually updating the Counties CEMP and COOP, that had to be approved by the County Commission along with multiple Annexes that had to be approved by all County Stakeholders on an annual basis.  Building from these Plans, all needed Exercises, Table Tops and Training were chosen and scheduled to help assist all County Stakeholders in Emergency Management Areas that required more practice and focus. Working with the FDEM, his Emergency Management Planner and the Directors of multiple Departments and Agencies, he planned multiple Exercises and Table Tops to address any areas of the CEMP that needed added support and practice. In addition, Mr. Garten had to meet quarterly with all of the Municipalities and Stakeholders to work on the Evacuation Routes, Shelters & Special Needs Annexes adapted specifically for Flagler County.

Know How We Work

Optimum will work with our clients to identify your needs in order to be successful.

Working with our client’s leadership is not only important but is a top priority to ensuring any successful partnership.

Whether building an Emergency Response Plan or Training Exercise, planning is key to success. Let us help you design a plan that works!

Optimum is committed to ensuring that our clients are satisfied with the outcome of our products and the results they are receiving.

With over 35 years of combined experience, we’ll ensure you get the best guidance.